Latvian popular person received the first edition of the unique project Celebrity box – a box with surprise gifts for the selected recipients. A lot of them immediately shared news on social networks, raising the question: What is inside? 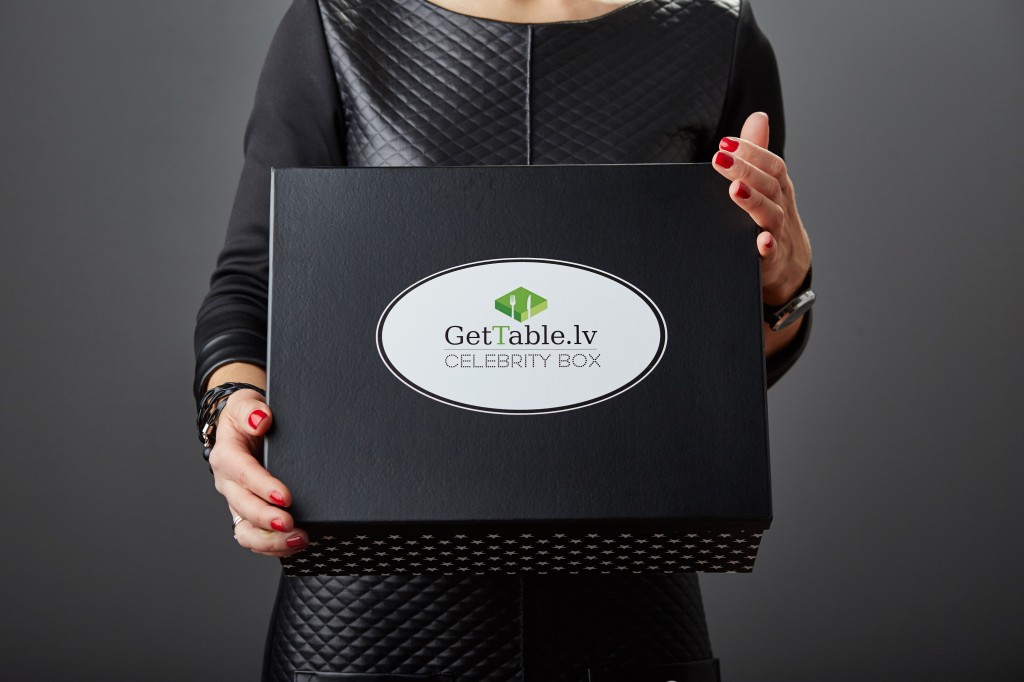 “Celebrity box – is a new project, which allows interesting and noteworthy products and services get into the hands of successful people in Latvia. They do not only receive information, but also the product or service. Celebrity box recipients are prosumers (proactive consumers). They are active, visible in social networks, and they have an opinion. Most importantly, they influence public opinion. What they are doing today, others will do in the coming months”, – says Olga Kazaka, director of Celebrity box and partner of the PR-agency A.W.Olsen & Partners.

The flagship of the first issue of Celebrity box became a free reservation service for restaurants GetTable.lv, which almost instantly confirms a reservation via a short message. GetTable.lv provided the Celebrity box recipients with VIP cards. In this edition, the Celebrity box recipients found a unique photo album of the project “Generations”, as well as a gift card from its author, the photographer Maris Kiselov. The Latvian producer of designers’ decor elements and accessories for gadgets KINLEAVES provided for the project mug mats with ancient Latvian signs and a creative culinary studio JuJuBe Confections – its new marshmallows. In addition, the recipients will be able to order the Celebrity box in Ziedu sēta author’s bouquet for which this salon is especially famous among Riga’s inhabitants.

Celebrity box recipients are Latvian celebrities and a number of wealthy Latvians. Many celebrities have shared positive emotions on social networks. 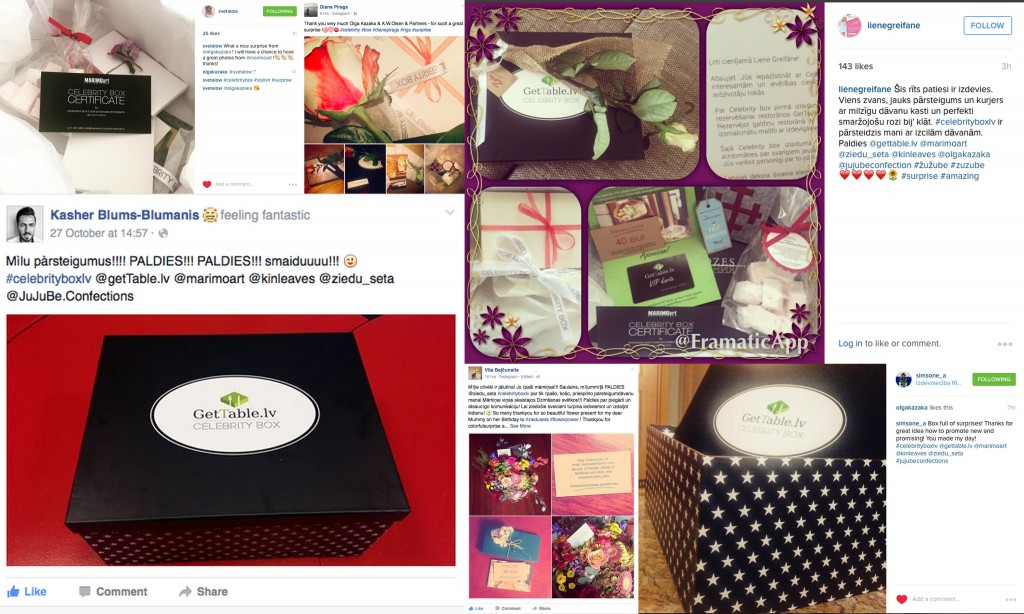 It is planned that the project will become regular, allowing the most interesting and creative new products and brands get into the hands of the most prominent Latvians.